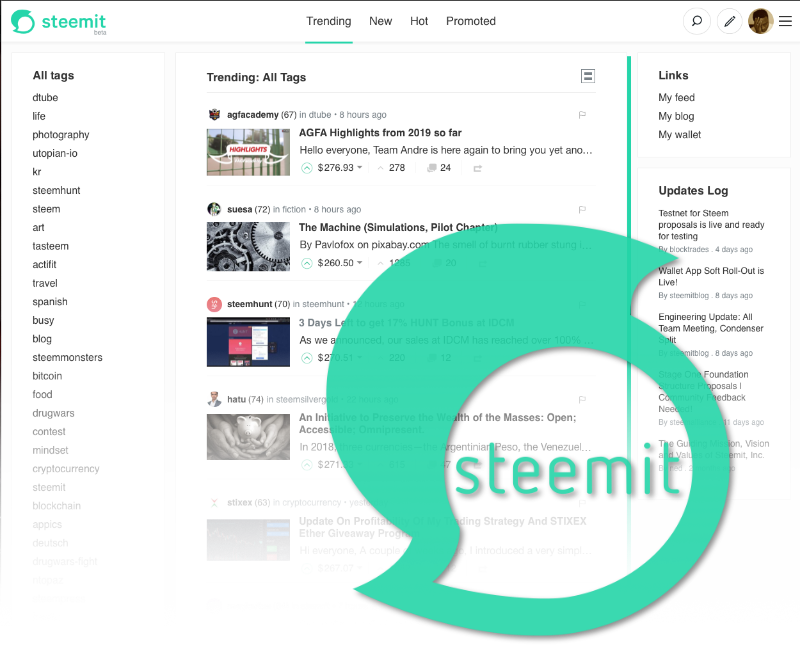 Steemit is a blockchain-based social media platform modeled loosely on Reddit. However, unlike Reddit, Steemit pays content producer for their published content. It does this by allowing users to upvote your posts with Steem, which is the system’s own unique cryptocurrency.

The entire Steem system is built on secure blockchain software that runs on a network of computers. At the root of the platform is the currency STEEM, which is your typical transferrable, fungible, freely moveable token (similar to bitcoin). The currency comes in three variants: Steem (STEEM), Steem Power (SP), and Steem Dollars (SD).