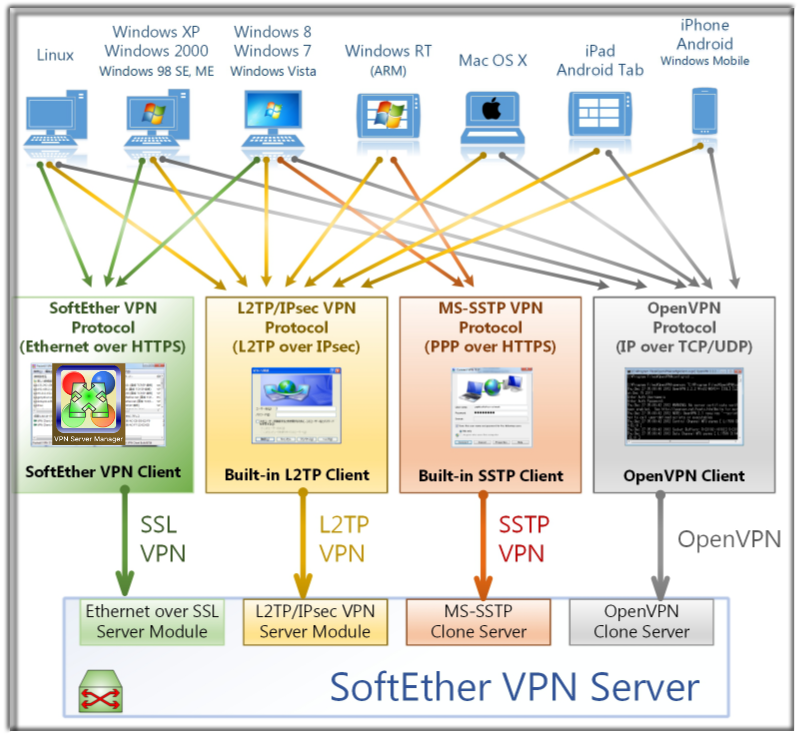 SoftEther VPN (“SoftEther” means “Software Ethernet”) is a free and open source alternative VPN platform. The SoftEther VPN protocol is also referred to as SSL-VPN. This is because it is based on HTTPS and therefore uses SSL/TLS encryption and TCP port 443.

In addition to using its own VPN protocol, SoftEther VPN server software can connect to variety of other VPN protocols. It is compatible with all advanced networks that produce wide bandwidth, as well as the high load required by most large corporations and internet providers.

SoftEther VPN is available for Windows, Linux, Mac, FreeBSD and Solaris. Other devices can connect to SoftEther VPN servers using a different supported protocol, including Android, iOS, and other devices.