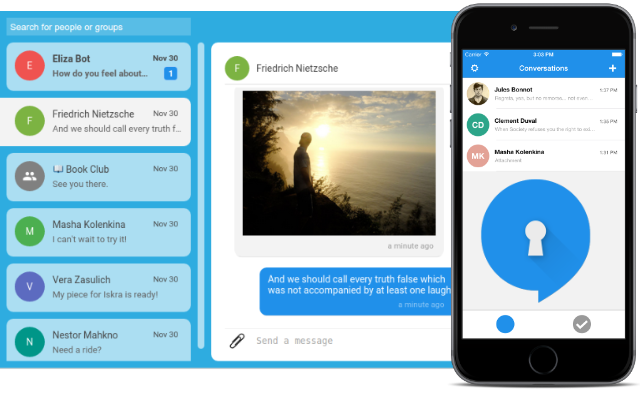 Signal is an open source messaging app that lets you send and receive messages, photos and more.

Few apps can claim an endorsement from Edward Snowden, but Signal Private Messenger is one of them. Signal is widely considered the gold standard of secure encrypted messaging apps. Researchers from the University of Oxford in the United Kingdom, Queensland University of Technology in Australia and McMaster University in Canada have also confirmed the quality of Signal’s encryption and privacy features.