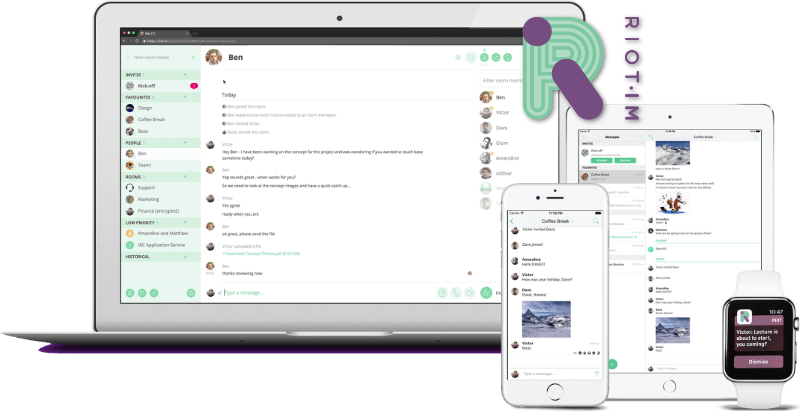 Riot is a free open source interoperable collaboration app, very much like Slack but with more capability. Riot is built on the Matrix protocol.

Since Riot is built on Matrix (which is a decentralized, secure messaging protocol) it has the benefit of using HTTP / JSON APIs, which make it capable of sending and receiving messages with full end-to-end encryption. It also supports WebRTC VoIP/video calling, and maybe most importantly, offers integration capabilities.

Use Riot to communicate not only with your colleagues or teams using Riot, but also with contributors using other communication apps. Bridge the gap between open systems, including the likes of Slack, Gitter, IRC, Twitter, SMS and more.