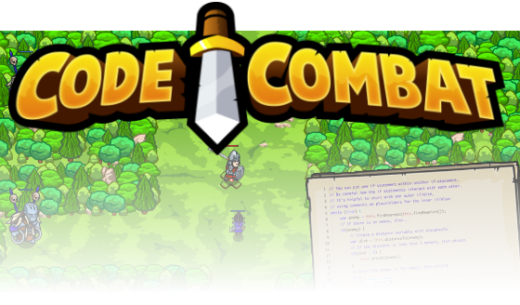 This project is absolutely brilliant. This is a type of open source project that when you first encounter it you’re tempted to say to yourself “Why didn’t I think of that!” It’s a fun-filled application, yet one with profound beneficial implications. Imagine knowing how to code without the stress of learning how! Yes, CodeCombat is attempting to teach non-programmers how to code while playing fun games.

People in general seem interested in technology but are discouraged by the steep learning curve, or by inaccessiblity. This steep learning curve problem is what CodeCombat is attempting to address– and their attempt so far seems to actually solve that problem. The CodeCombat project lead to the production of a web-based gaming environment that enables the players to learn coding while playing the game. CodeCombat begins with a smooth learning curve well-suited to players with no coding experience. As the player progresses, the tasks involve more complex programming concepts. The levels themselves become more complex due to more possible interaction with the objects in the game world. The player starts mastering programming concepts as they play through the game. Using JavaScript, Python, and other programming languages, players command their on-screen warriors into action, making them move around, engage in battle, and blast enemies. At its best, this programming game is a seamless integration of JavaScript, Python, and other coding languages– an integration so effortless that it would turn a player into a programmer before they realized what had just happened, while having fun playing a game.

CodeCombat is not just gamification: they are democratizing learning to code by making the process more accessible and engaging than ever before.

CodeCombat’s main objective is to make programming accessible to every student on earth!

Its goal is to motivate kids as young as 6 to want to learn more about computer programming by introducing them to the concept of coding while playing the game. They also make it fun and easy for adults to learn how to code while having fun. They wanted to make it accessible worldwide, so they made it web-based! Anyone with an internet connection from any part of the earth can log in and play.
Empowering teachers to use CodeCombat in their classrooms has also been a major focus for them.

They built a world-class technology that allows them to analyze typed code in real time plus a robust auto-completing and hinting system that helps beginner and advanced students alike write proper, valid code– and have fun while doing it. In addition to this, they built course guides, wikis, and more to support teachers around the world who are blazing the trail in their schools by utilizing this game.

For a list of other open source projects, visit our Useful Resources page.